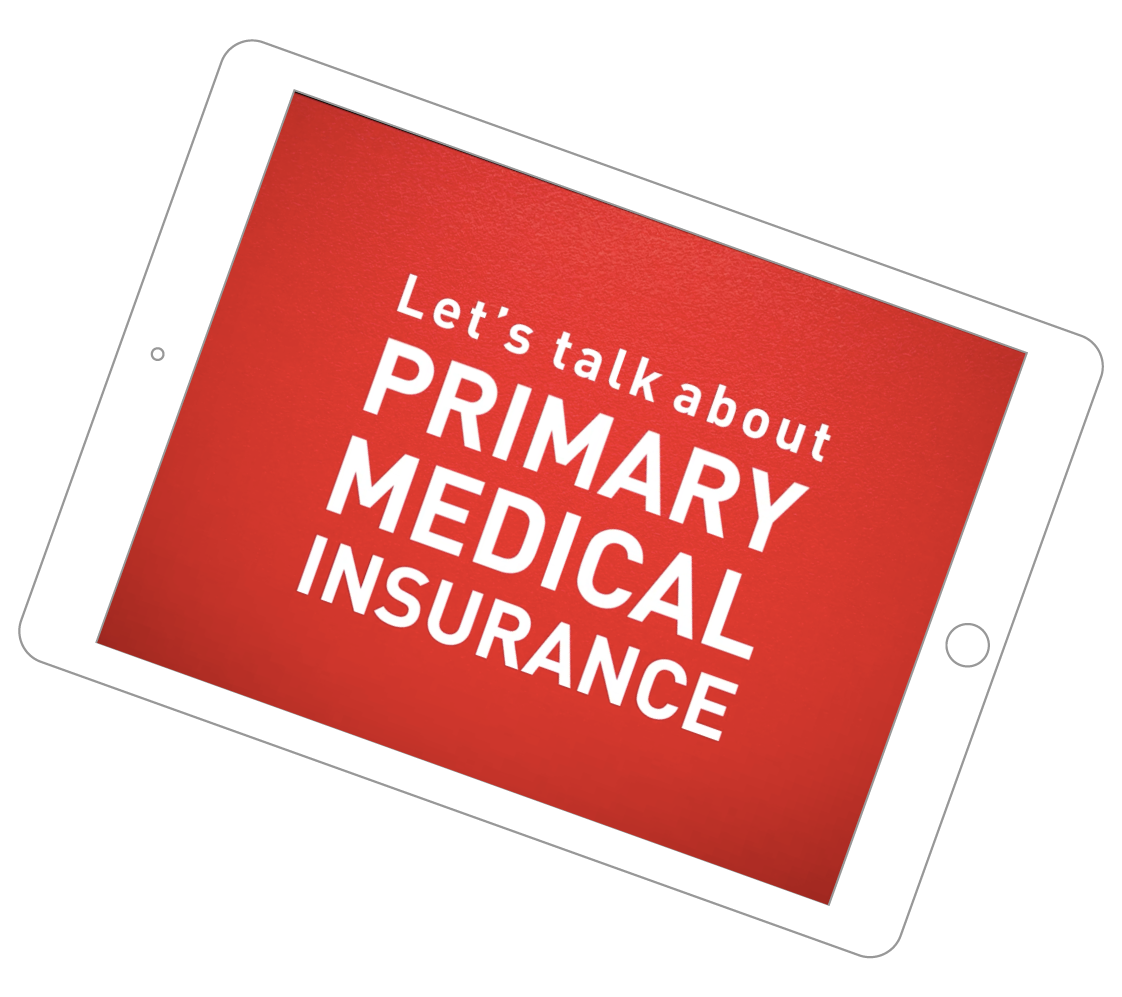 Initially this project was meant to be one video about both types of medical insurance, and I was provided with a script and the accompanying voice over audio. As someone who was new to medical insurance, I was able to provide feedback on the information from the perspective of a student hearing it for the first time.

After reviewing all the material and checking in with the stakeholders of this project, we decided that rewriting the script and re-recording the audio would be the best way to go since some of the information was out of date and the employee who did the original voiceover was no long working there.

The script that I was provided was very long so the rewriting focused on condensing all the information to just the basics and things that are important to International students. We also decided to split the video into two; one on primary insurance and the other on secondary insurance. By doing this, we were able to reduce the amount of information presented in the video and put more effort into making it understandable. 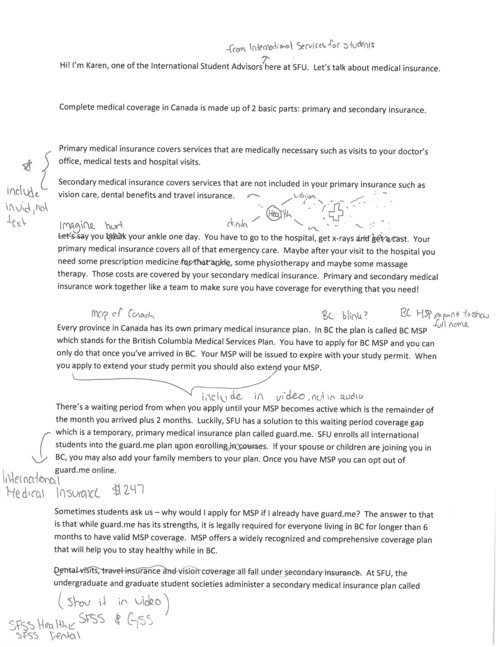 A copy of the original script with editing notes. 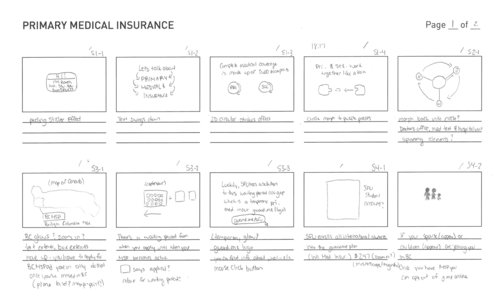 One of the storyboards for the videos.

To make things easier, I worked on a storyboard to plan out the visuals of the video. I illustrated the different ideas I had that went along with the information and tried to find ways that could make the video more appealing. I recognized that nowadays, people may watch videos on mute if it pops up on their phone while they scroll through their feeds; it’s also possible for someone that is hearing impaired to be viewing this video. This is why I wanted to include most of the words being said during the video so that it would be accessible by more people.

The biggest challenge of this project was the script. In the early stages, we had trouble shortening a script that had all this information that seemed important for people to know. After trying to tackle this in different ways, we stripped the text to the basics, enough to give the viewer a good idea of what medical insurance is and where they could go for more specific information. 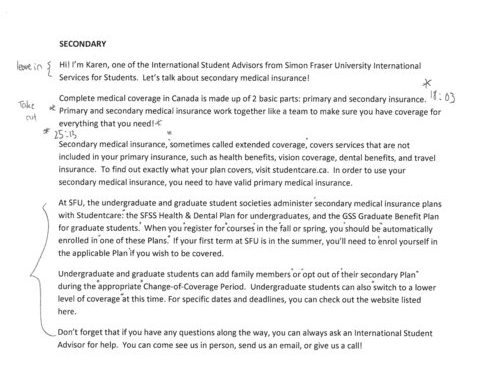 This project was given to me as a low priority project that I could work on when I had free time from my other responsibilities. I spent around four months working on this project and I was glad that I could produce an outcome that everyone in my office was impressed with. I felt that with my perspective as a student who actually didn’t know much about medical insurance, I was able to provide feedback to the script and help make the information easier to understand for someone similar.